Tonight we took a brief break from observing galaxies to train the Caltech Submillimeter Observatory on comet Lovejoy. I was able to help out with the observation in a real life version of:

(turns out they have swinging ropes in the control room, who knew?). Sandor and Becky did the actual observing work. Sandor running the telescope, and Becky doing the data reduction to produce a nice graph Chris tweeted:

In the last post, I talked about how the telescope deals with the background noise from the Earth’s atmosphere by ‘chopping’ or alternating reading from its target and a point slightly off the target, then combining the readings to produce a measurement of the target with atmospheric interference removed. This works well for the distant galaxies we are observing, but not with the comet. Chris realized that the comet was too close and large (in a relative sense) for chopping to work. The telescope would take its noise reading while still pointing at the comet.

Instead, we used another, albeit less effective, technique for handling noise. We tuned the telescope to the frequency we were looking for (Carbon Monoxide) took a measurement, and then tuned it to another frequency to measure the background noise. Subtracting the noise measurement from the measurement of our target frequency gives us a clean(-ish) signal.

After that the really exciting bit happened. I got to operate the telescope as we recalibrated it and got ready to point it at our first galaxy of the night. It was pretty easy, telescope operating. Even someone with a BS in Film, like me, can do it. The procedure for moving on our first source was to first pick a bright known object, aim the telescope at it, and have the telescope calibrate its positioning by taking five measurements around the source to figure out the source’s true location. 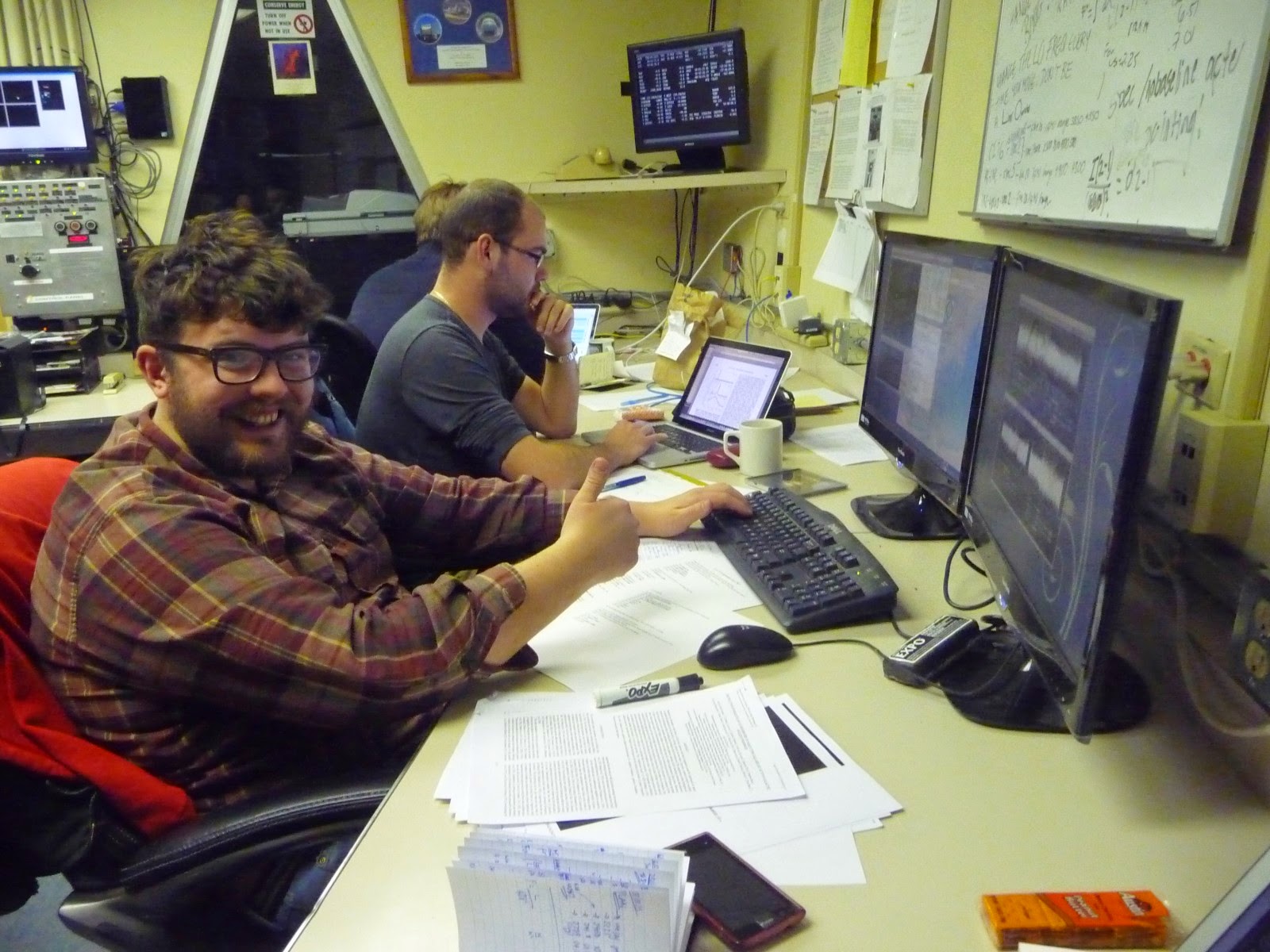 That full-frame Red One is weaksauce next my 10m dish